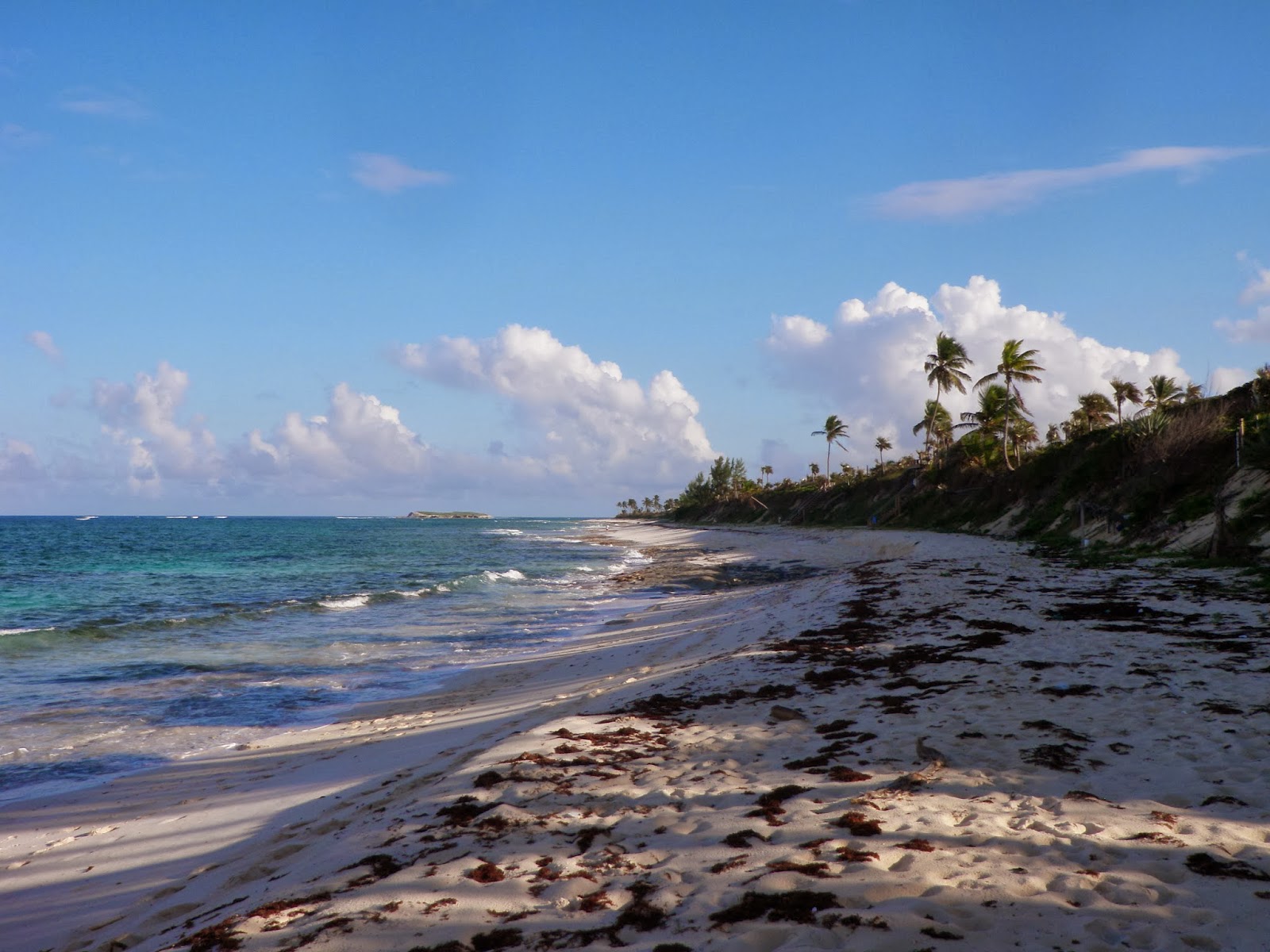 As you can see, we are now at our beach place "Calypso" in Eleuthera: the picture shows the view east to a small point just beyond which lies  "Halcyon Bay", which is our favorite beach on the island only 10 minutes walk along the strand from us. There's a bit of seaweed on the beach, but there were no hurricanes this summer and my little driftwood beach cabanas (not shown) are still intact, though I had a add a few fresh palmetto fronds.
I already have several hummingbird feeders up, and the hummers are already visiting them. as though we had not be gone for 8 months. But even before they were up there were lots of hummers zooming around, mostly visiting the firecracker flowers (Russellia equisetiformis) I have planted everywhere. I'll try to get some pictures in the next few days. 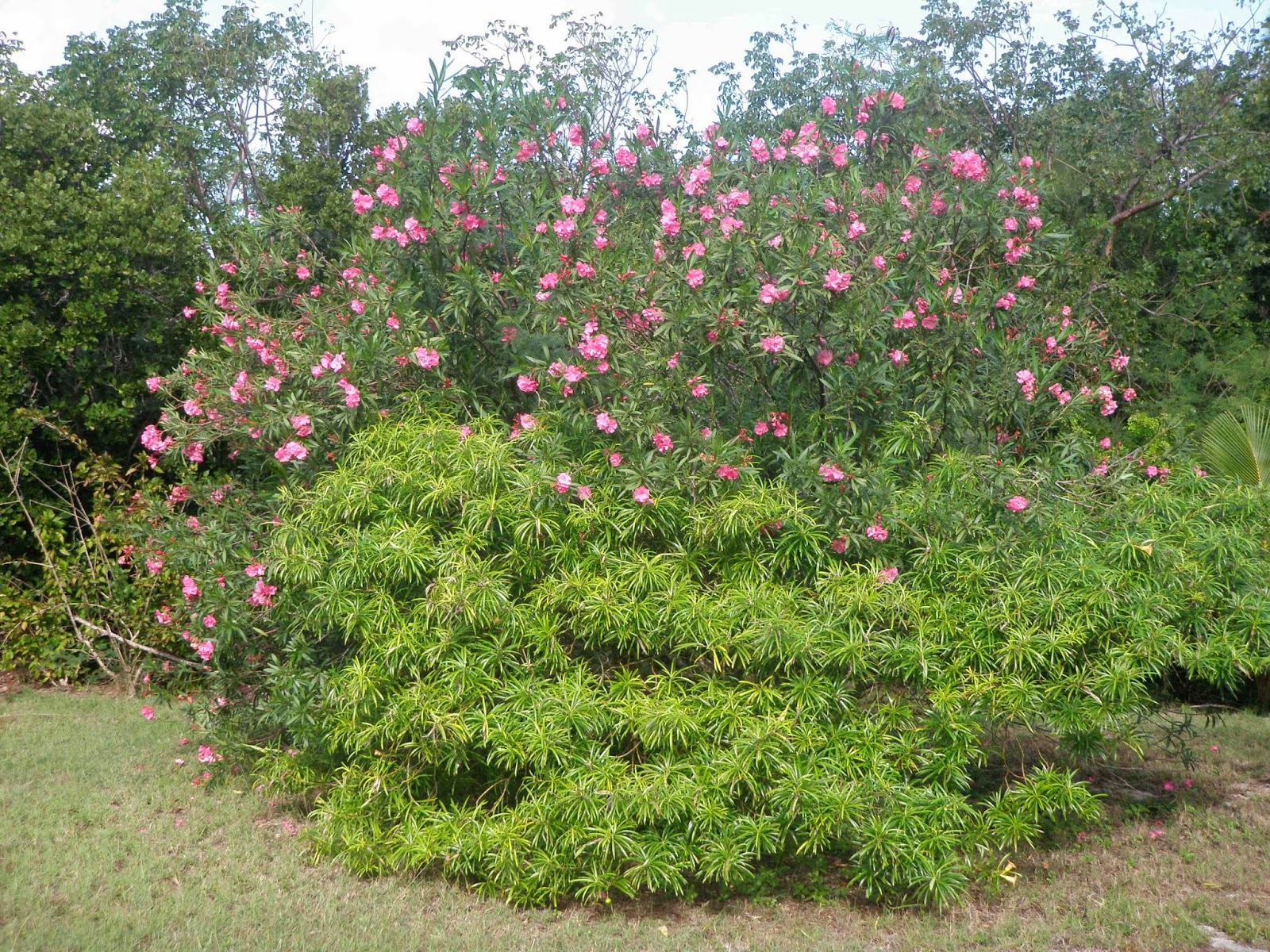 Here's a shot of a pink oleander in the back garden, with in front a Thevetia bush (you can see a few of the tubular orange flowers near the bottom of the image. And also in the back garden, here's a nice Royal Palm - about 15 years old, and already 20 feet tall. 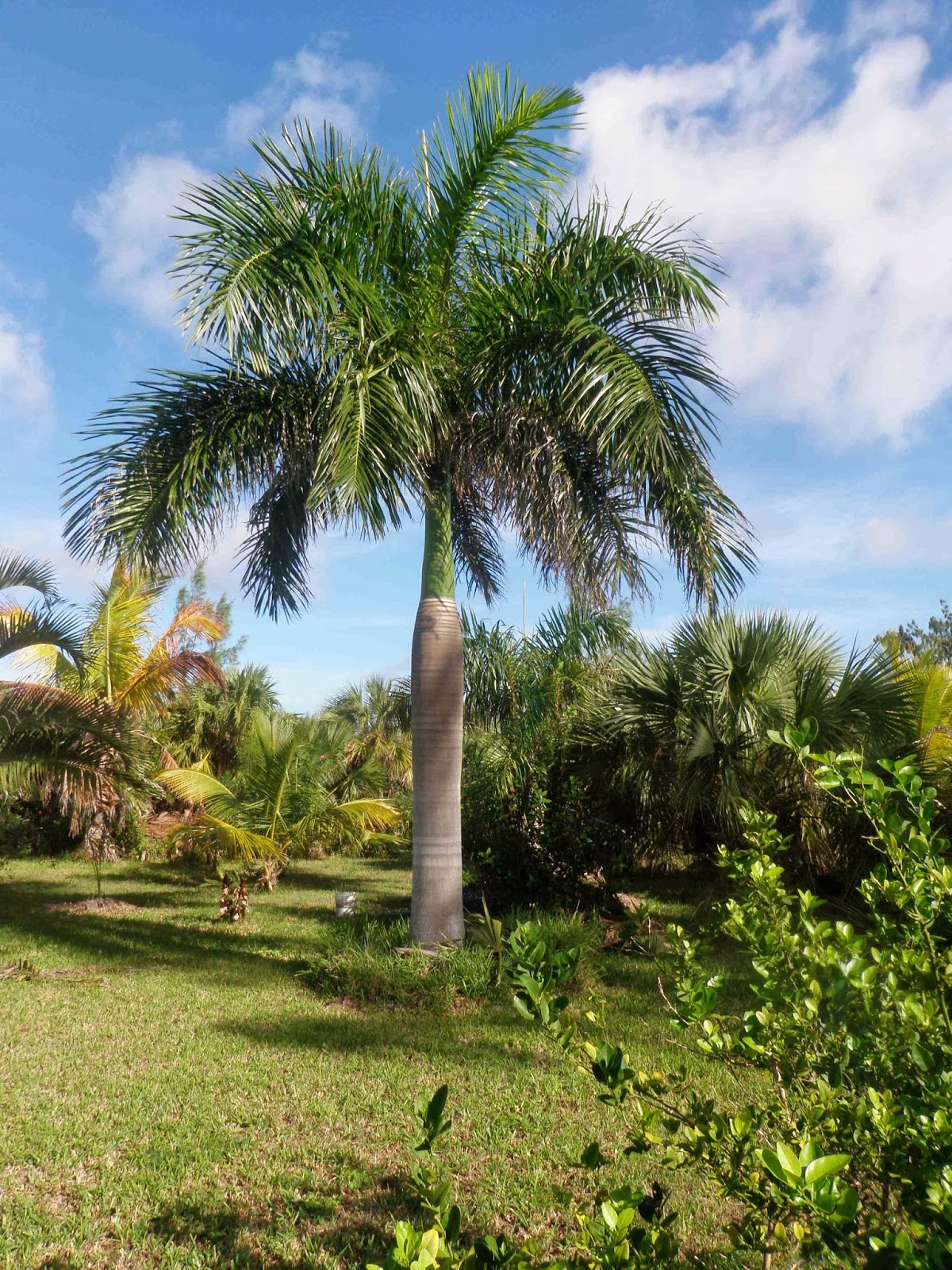 To end today's post, here's an image of Halcyon Bay itself. It's close to sunset to the beach looks dark, and the tide is high so there are waves breaking on the sand. But we try to go at low tide, when because the bay is protected by a reef from Atlantic rollers, it's like a swimming pool. But tonight the "arctic vortex" will arrive and temperatures will drop from 82 to near 74! Brrrrrrr! 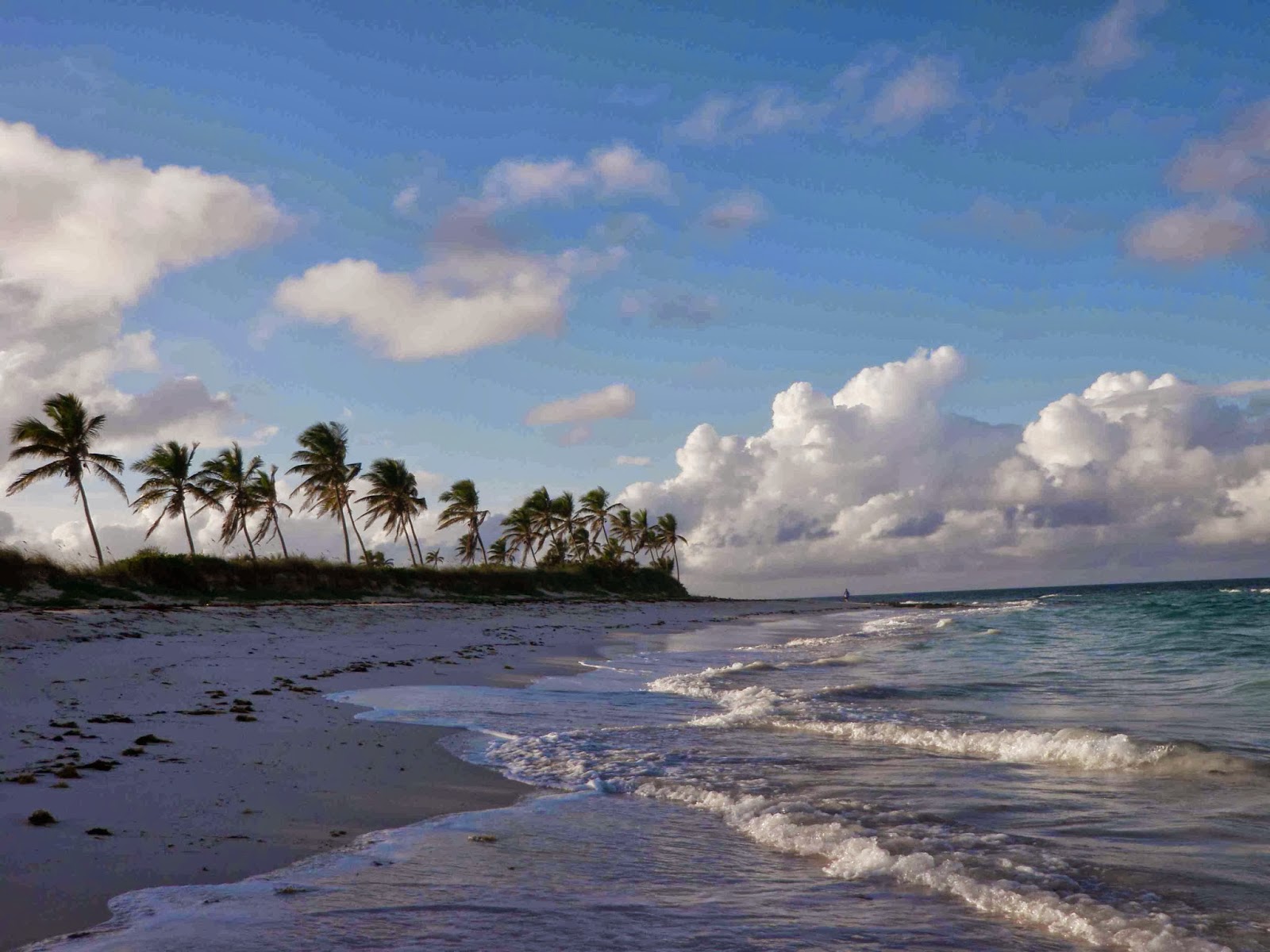