I took my courage in both hands, and armed with a Youtube instruction video, jeweller's screwdriver and forceps, and a magnifying visor, dis-assembled the Lumix camera, puffed air on the sensor, and successfully re-assembled the camera. The camera still works, and the 3 worst dust particles are gone, as you can see on the above video of Gumbo on her nest yesterday afternoon.
My bite is now not a pretty sight, but rather than thrust the horrible image under your nose, it's at the bottom of the post - scroll down only if you are not squeamish! At the top of this post is a much prettier sight - Gumbo on her nest, filmed with the newly cleaned sensor.
I've been reading about "loxoscelism", the medical condition caused by the bite of the Brown Widow. There are 2 forms: a local form involving skin tissue damage around the bite, and a rare systemic form which can be life-threatening. I have the local type. The main component of the venom that triggers the condition is, rather interestingly, a phospholipase D enzyme. Phospholipases are enzymes that break down cell membrane phospholipids. I'm quite familiar with the phospholipase C type, which breaks down inositol-containing lipids, and is involved in the action of a neurotransmitter I discovered in my scientific prime (the prize I received contributed to the cost of both the sanctuary and "Calypso") - a story for another day.
Phospholipase D breaks down choline-containing lipids, and the venom-version creates an unusual cyclic fatty acid which seems to trigger the tissue damage. 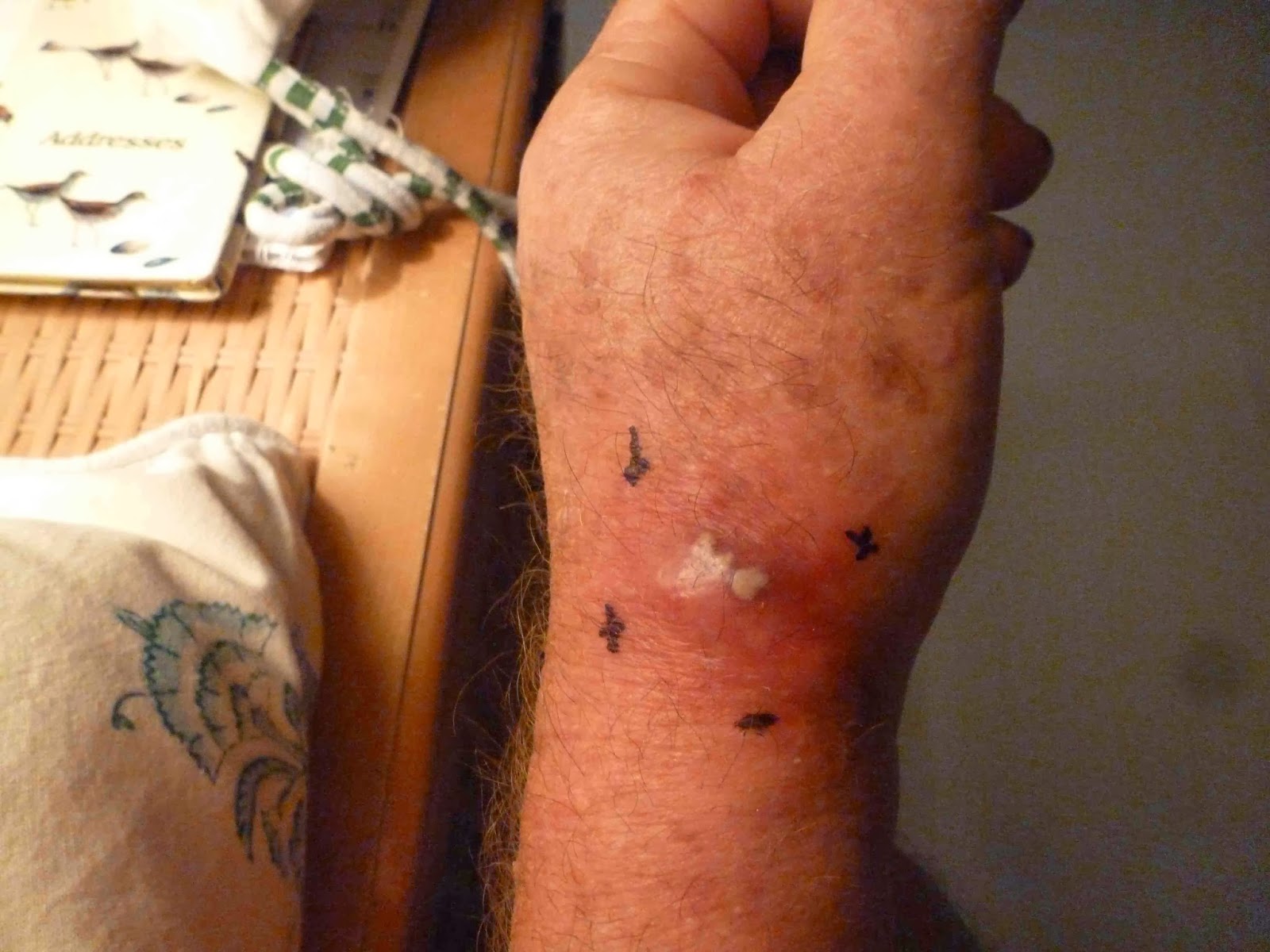 The black marks were added to show the current extent of the wound, and make sure it's not spreading.
Posted by Paul Adams at 7:49 AM