Hummingbirds in the Bahamas 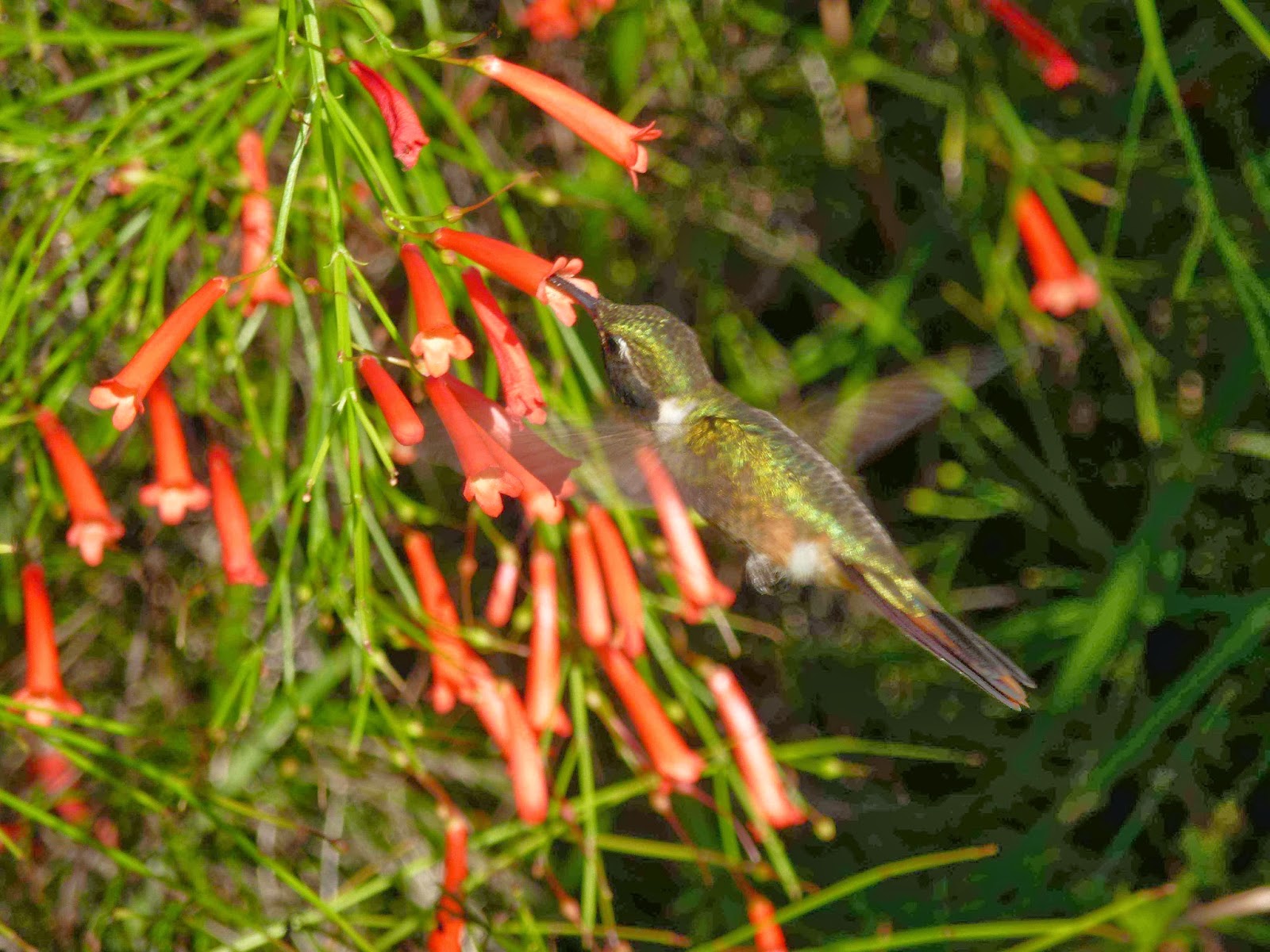 When we arrive at "Calypso", our winter residence on the Bahamian out-island of Eleuthera, there's always a ton of things to do (repairs etc) after an 8 month absence. However, today I took a few minutes to sit (and do a bit of the endless weeding) near a large bush of firecracker plant (Russellia equisetiformis), a hummer favorite both here and in Baiting Hollow. Sure enough I saw several hummers buzzing around, and, using Claire's nifty Panasonic Lumix with a 16X optical zoom, tried to get pictures. None of them are very good, but the one above is acceptable. All the hummingbirds here are one species, the Bahama Woodstar, Calliphlox evelynae. It's very similar in appearance, behavior and size to the rubythroat. The only real difference is that the male Woodstar has a purple, not red gorget (though I believe there's a subspecies in the more southerly island of Great Inagua where it's red).
The Woodstar is a year round resident, and breeds throughout the year. It's quite abundant. Indeed, I noticed them immediately on my first visit to Eleuthera about 20 years ago, and it's one reason why I decided to buy the property here. Another is the fact that it has 600 feet of stunning Atlantic beachfront, with no possible close neighbors. I've always been unlucky with neighbors - or maybe they've been unlucky with me.
I also maintain a few hummingbird feeders near the main house, which is called "Woodstar", in honor of the endemic hummingbird. However, these are visited, rather clumsily, more frequently by bananaquits than hummingbirds (though when a hummer does arrive he sometimes chases off the much larger bananaquit). The other 2 cottages here are "SeaStar" (named in honor of the impressive echinoderm one finds in the sea here) and "MorningStar"  (named by my late brother Mark when he lived there). "SeaStar" is currently occupied by Claire's very lovely niece Camille and her brazilian boyfriend Fabio, and "MorningStar" by friends from NY City.
I've planted quite a bit of firecracker throughout the 10 acres of garden, as well as another hummer favorite, cape honeysuckle (Tecomaria capensis). But the main focus of the garden here isn't hummingbirds, but to create a lush tropical landscape, with many palms, wide lawns and other flowering plants. This has been quite difficult because the soil is very thin and poor, the dry season (jan-may) quite long, and salty winds blow much of the time. But, despite frequent setbacks by hurricanes, the end result is now quite pleasing. I'll feature the garden here in coming posts, as well as bits of news about my legal troubles in New York. Here's another of today's photos. 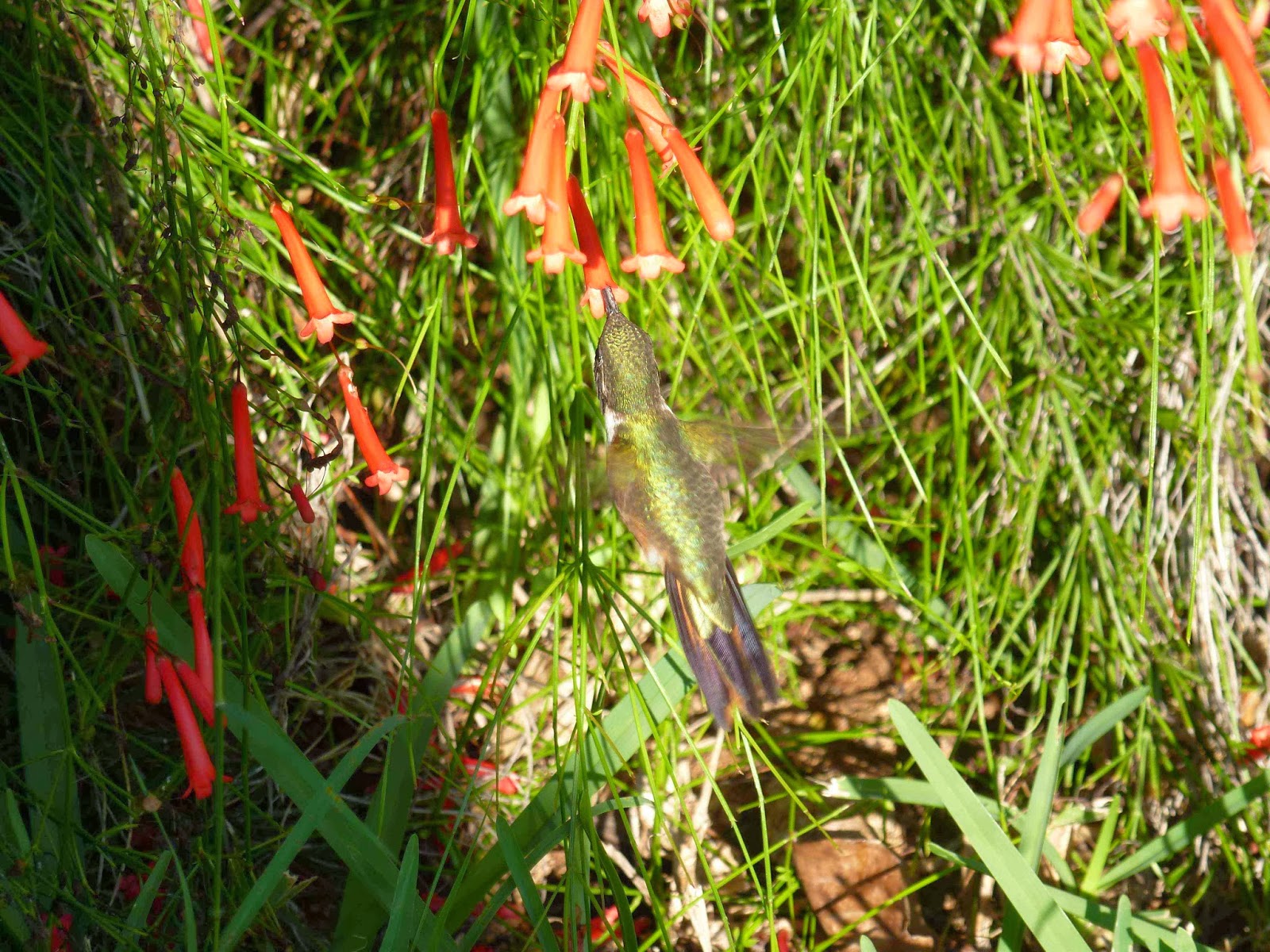