this HD video was shot shortly before the 4K video I posted on june 22.  On my Retina screen  you can definitely see slightly more detail at 2160p 94k) than at 1080p (HD) - but unless you were to view it on a large-screen UHD TV, it does not seem worth while.
Posted by Paul Adams at 3:40 PM No comments:

Years ago I used to run, but had to give it up because of hip problems (bursitis). In Eleuthera this winter I started to run again, but on the beach, and because the sand is soft, my hips are cushioned and it was good to get my heart and lungs pumping again. So on returning to Baiting Hollow, I decided to try running on the beach below the sanctuary. In the past I've tended to ignore the beach, for a variety of reasons: the trash, the ruts, the vehicular traffic, the loud music and other noise (including gunplay), the sometimes unsavory characters, etc etc. But in the early morning the beach is usually quiet or even empty. And on my walk back from my run, I started to pick up the trash - a sisyphean task! Then I decided to start a facebook page ("Reeves Beach") to document the natural beauty and human ugliness of this magnificent but damaged beach. But after a short while I decided that the blog format suits me best - not least because I can upload pictures straight from my phone to the blog. It's at reevesbeach.blogspot.com. Turning seventy, I realize what's most important to me, in my remaining time, other than family and friends, is enjoying, respecting and preserving the natural world - especially the parts where I live, political correctness, diplomacy and even sometimes politeness be damned. The following images are from today's run, and are more in the nature of a test of the phone-to-blog process. This hummingbird blog will resume soon! 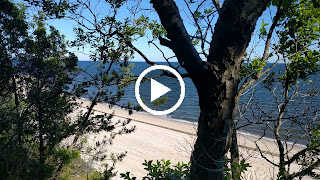 before I climb back uphome, I sit and catch my breath and enjoy the view. 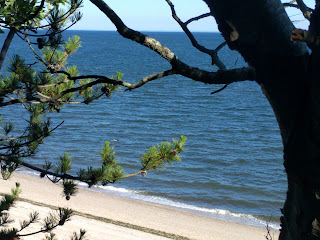 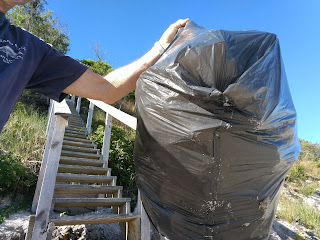 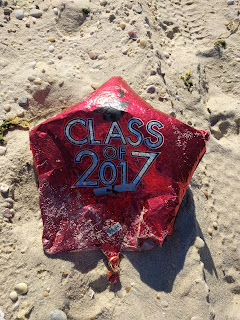 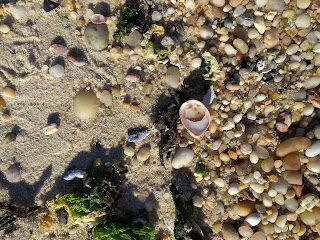 sometimes the good not the bad 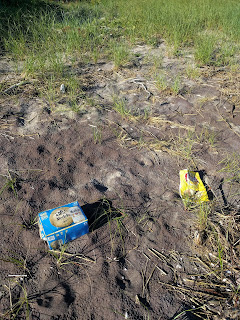 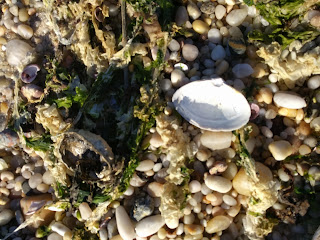 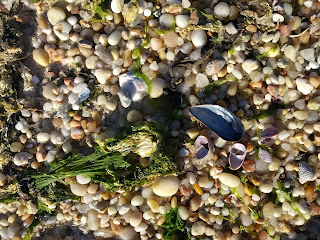 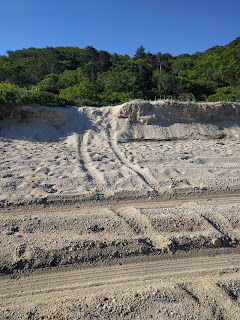 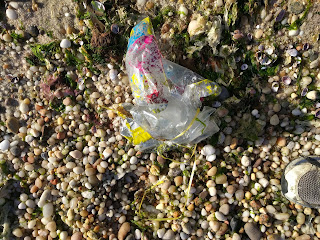 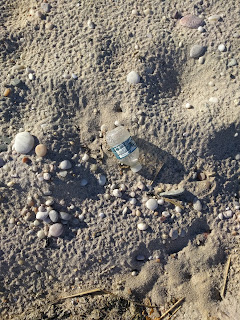 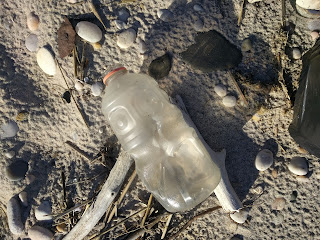 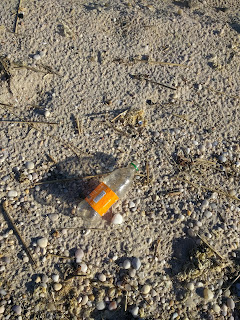 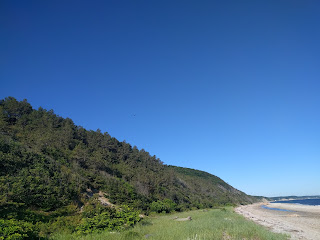 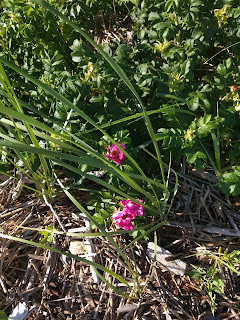 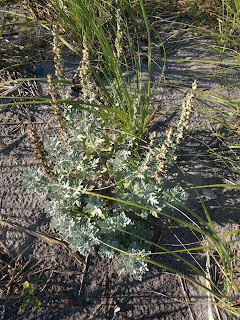 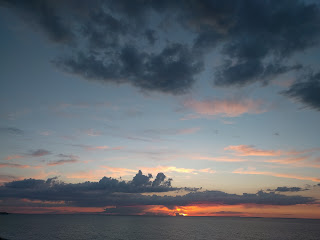 reevesbeach.blogspot.com
Posted by Paul Adams at 4:20 PM No comments:

The latest sunset of the year.

on the summer solstice june 21 the day is the longest of the year, and this is how it ended here on the bluffs at the sanctuary;

I got a DJI Spark drone for my birthday with which I'm hoping to shoot some interesting footage, both at the sanctuary and elsewhere.
This is the drone that was recently featured in the NY Times. It comes with its own HD camera mounted on a gimbal, and can be controlled using a smartphone. Here are some preliminary results.

Unfortunately (or perhaps fortunately since I'm a complete beginner), the range one can operate the drone is quite limited using a cell phone, less than 100 feet. But it's enough to practice with. In addition there's a (known) bug when using an Android phone, which causes one to lose the connection with the drone. Lots to learn!
It tends to be very windy here but the drone seems to handle gusty wind remarkably well: when it's hovering and a gust comes one can hear the motors revving very strongly but it remains in place. In the second video the voice-over, which I recorded during filming, was added afterwards in
post-production, so it's not perfectly synchronized.

Posted by Paul Adams at 6:31 PM No comments:

Fred is now using a more favorable perch, here's one clip I filmed at 4k resolution - note the detail.

Monday was my seventieth birthday, which Claire and I celebrated in Baiting Hollow and in a couple of our favorite spots on the North Fork (Horton Point Lighthouse and Orient Village). Here's a short video of us enjoying the climbing rose "Frances Lester" at the sanctuary.

Excitement builds here at the sanctuary.  June is always a quiet month for hummingbird activity because territories have been settled, birds have rebuilt their strength after the migration, and females are now feeding their young an insect-based diet, with only brief visits to flowers and feeders. But mid-june is when the antique roses that climb my wild cherry trees flower, and already some buds are opening. Here is Perennial Blush:


But both Fred and Coralita are putting in appearances. Yesterday I added one more feeder to the array I already deploy, and within minutes Fred showed up and tried it. He obviously approved, because he returned to it repeatedly in the next 2 hours. But here is a visit by Coralita to another feeder,  the one that she usually uses. Both vids are 2X slo-mo.

Posted by Paul Adams at 7:13 AM No comments:

Yesterday evening Fred arrived once again at the "Cherry Queen" salvia just after sunset - but a few minutes earlier than before, so the light was better, and I was able to shoot a reasonably good long sequence:


Here's the remnants of the sunset a few minutes later:

This evening I returned to Baiting Hollow and sat on the front deck overlooking the Sound and waited to see if Fred would once again take a long bedtime drink from the "Cherry Queen" flowers (Salvia greggii). This time it was a clear sky and I positioned myself between the setting sun and the flowers. Sure enough a few minutes after a  brilliant sunset (when it was starting to get very cold and the light was fading fast) Fred showed up at these flowers, and lingered for quite a while. I was able to get several clips, and first (because of bandwidth limits) I'm showing a couple of the shortest clips, the second one replayed at 8  X slo mo. I'll upload the longer ones overnight, and post separately.


and here's a longer clip from 3 days ago, viewed from the side and in even worse light, so Fred is silhouetted against the gray Sound and sky.

When finally the appalling weather lifted this morning, mist was streaming up the western valley, and it was like being in a cloud forest such as  Costa Rica's famed Monteverde - complete with hummingbirds (or at least Fred, the resident male):

Then in the afternoon the mists burned off, and I decided to film Fred on his habitual perch using my old Canon Vixia camera with the 1.5 X supplementary lens, mounted on a tripod. Here are the results, no better really than with the new Sony handheld.


In all these videos the problem is that Fred is just too far away - roughly seventy feet, so that to the naked eye he's just a speck.