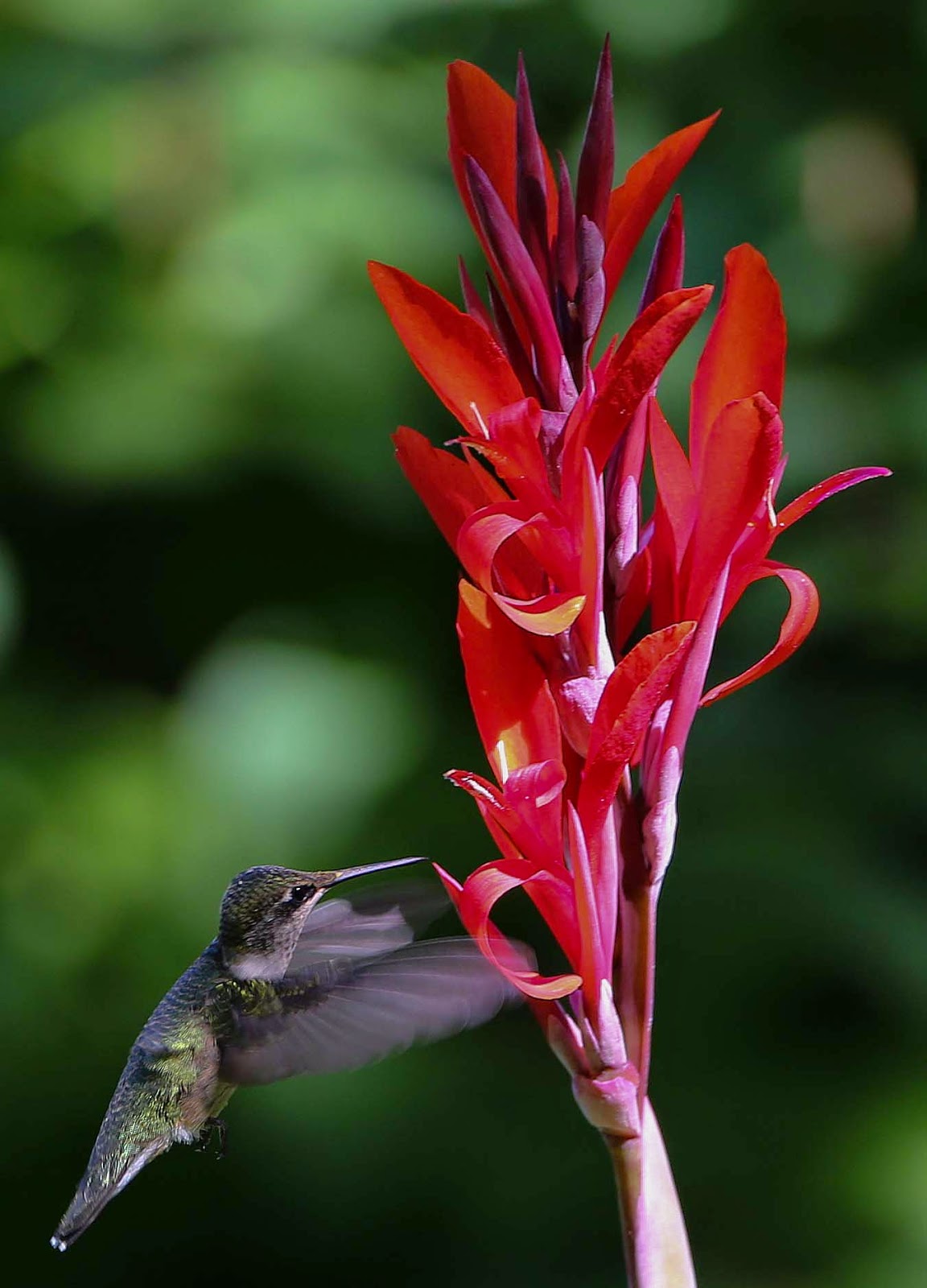 Photo, by Mark Schaller, shows a hummer feeding at Canna indica. Cannas are mostly sold as showy selections which have the nectar, and much of the grace, bred out of them. The best, in every way, are the old fashioned plants handed on, as tubers, from family or friends (as mine were). Hummers love these beautiful flowers with their tropical-looking leaves. But the tubers must be dug up after the first freeze and stored over the winter.

Hummer numbers dropped here at the end of last week, but started to pick up again on sunday and we still have some around. Yellowjackets are becoming a real problem, not so much for the hummers, which can go to the flowers instead, but me! I had some initial success with homemade yellowjacket traps, made from a plastic water bottle. I cut off the top third, invert it inside the rest of the bottle, with some red plastic and sugar water in the bottom. The inverted top forms a funnel, so the wasps, attracted by the sugar water, enter the narrow part but cannot figure out how to escape. However, after a few days raccoons (or some other nocturnal critter) found the traps on the ground or on the decks, and ran off with them. So now I'm hanging the traps from strings, next to the feeders. Seems to be working for the moment.

I urge you to vote for Zephyr Teachout in the primary: she will literally be a breath of fresh air. Cuomo, like most politicians, is a pawn of big business, and Teachout will go after corruption (for a few years at least).
Posted by Paul Adams at 2:44 PM