We live in an increasingly cacophonous world. Even here in Baiting Hollow, where the background noise level (in the absence of aircraft) is around 20 dB, quiet is rare, mainly because of aircraft (for example, the above recent livestream). We are on the direct routes from Manhattan to East Hampton (mostly smaller low flying aircraft, around 2500 feet or lower) and Europe to JFK (jumbo jets at 10,000 feet), and there's an enormous amount of General Aviation, including a nearby farmer who jumps in his plane and circles over me whenever the skies are quieter. But I remember as a child of 10 looking up with interest when once every few days a plane appeared in the sky (as I still do in Eleuthera). The following graph (https://www.icao.int/sustainability/Pages/Facts-Figures_WorldEconomyData.aspx) tells the story: 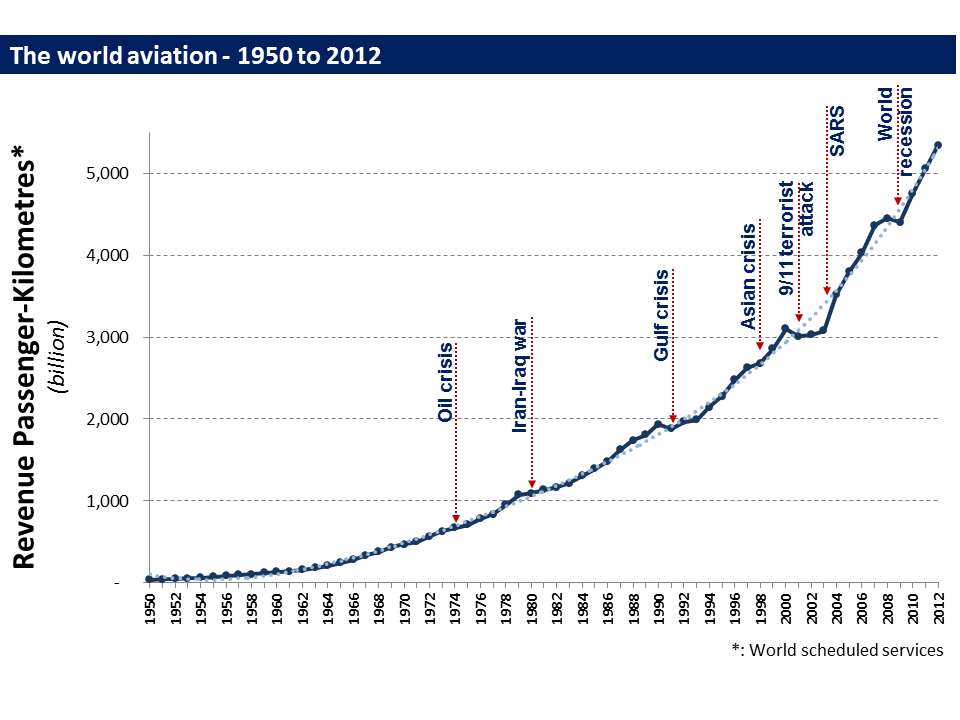 Exponential growth since 1950 - doubling time approximately 11 years! What this means is that in my lifetime we have completely lost one of the most important attributes of the world: outdoor quiet! It's irrevocably gone, like the dodo, the Carolina parakeet and the ivory-billed woodpecker. I find this incredibly sad, and also appalling. Peace and quiet would, after food, shelter and friendship, top almost everyone's list of desires, but to all intents and purposes it's completely gone (except perhaps deep in the heart of the Hoh Rainforest of Washington State's Olympic Peninsula). All in the name of "convenience", and not even a whisper of protest.

From the Wikipedia article on aircraft noise:

"A large-scale statistical analysis of the health effects of aircraft noise was undertaken in the late 2000s by Bernhard Greiser for the Umweltbundesamt, Germany's central environmental office. The health data of over one million residents around the Cologne airport were analysed for health effects correlating with aircraft noise. The results were then corrected for other noise influences in the residential areas, and for socioeconomic factors, to reduce possible skewing of the data.[10]