Everyone is bringing waivers, thanks, but not everyone is printing their names in the space provided near the top of the waiver form. I cannot read many of the signatures.

Hummingbirds need protein to grow and flourish. Indeed chicks in the nest eat almost exclusively insects, caught and pre-digested by the mother. That's one of the reasons that visits to flowers and feeders are quite limited during the main nesting season (late may to early august), so many people think their hummers have left. And it's a good reason (there are many others) to avoid spraying your property for ticks etc. (I think there's almost no evidence that standard sprays kill ticks).

They catch insects simply by fully opening their beaks and flying fast at the insect. Here's a picture taken in Mount Sinai recently by Johnny Cuomo, showing an adult male hummer apparently catching an insect while sitting on a twig. 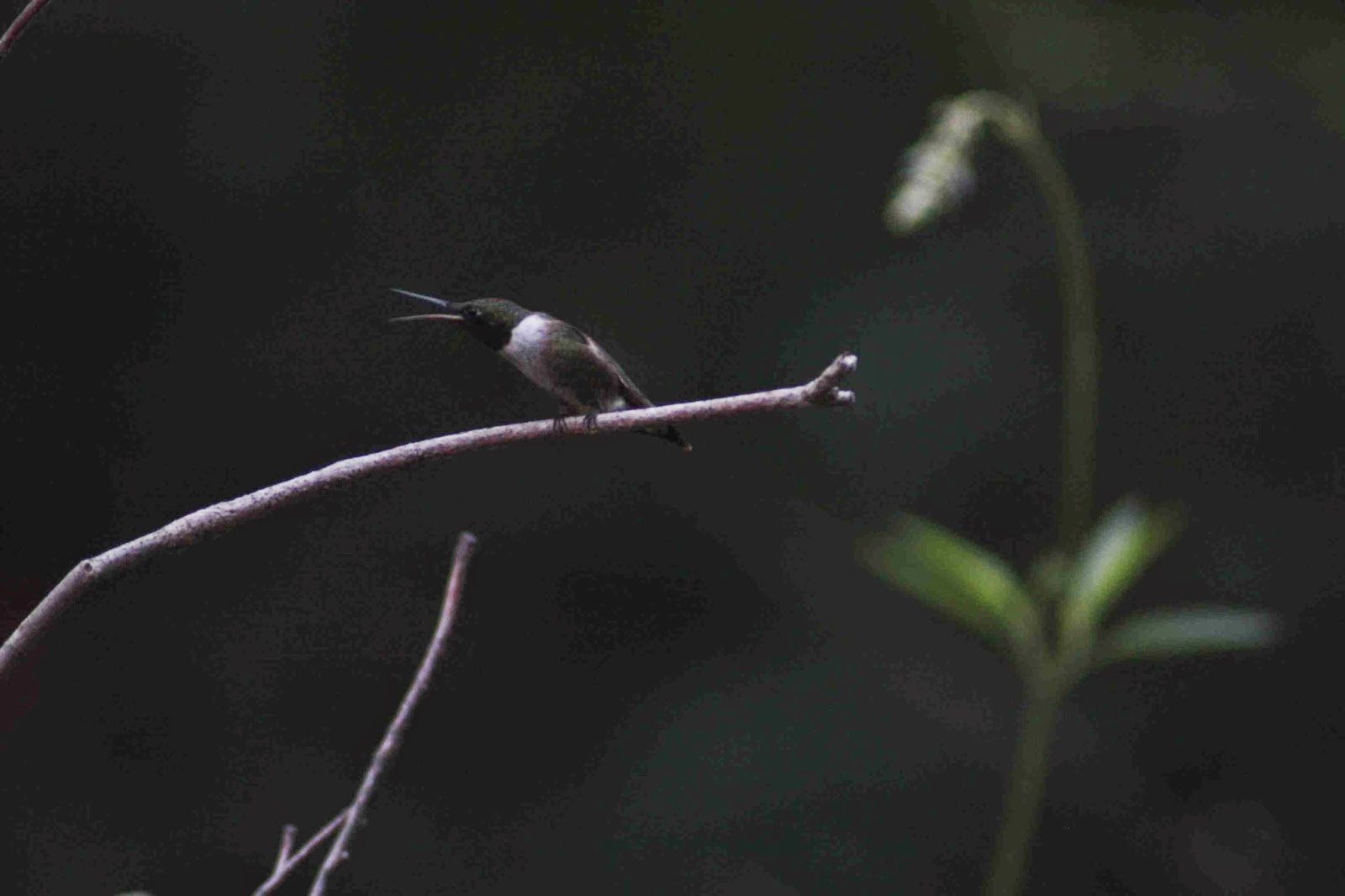 And here's his male feeding at Cuphea 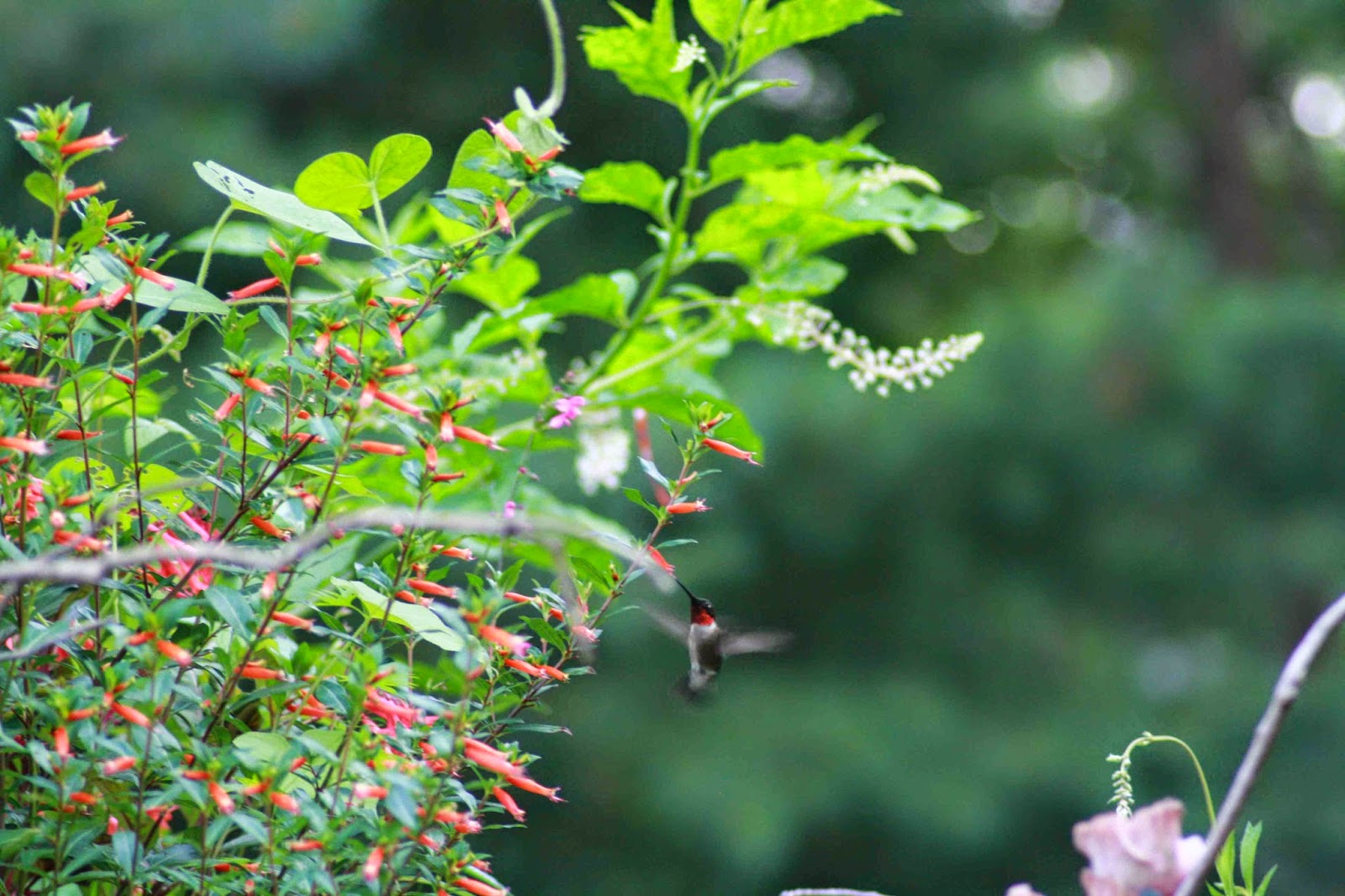