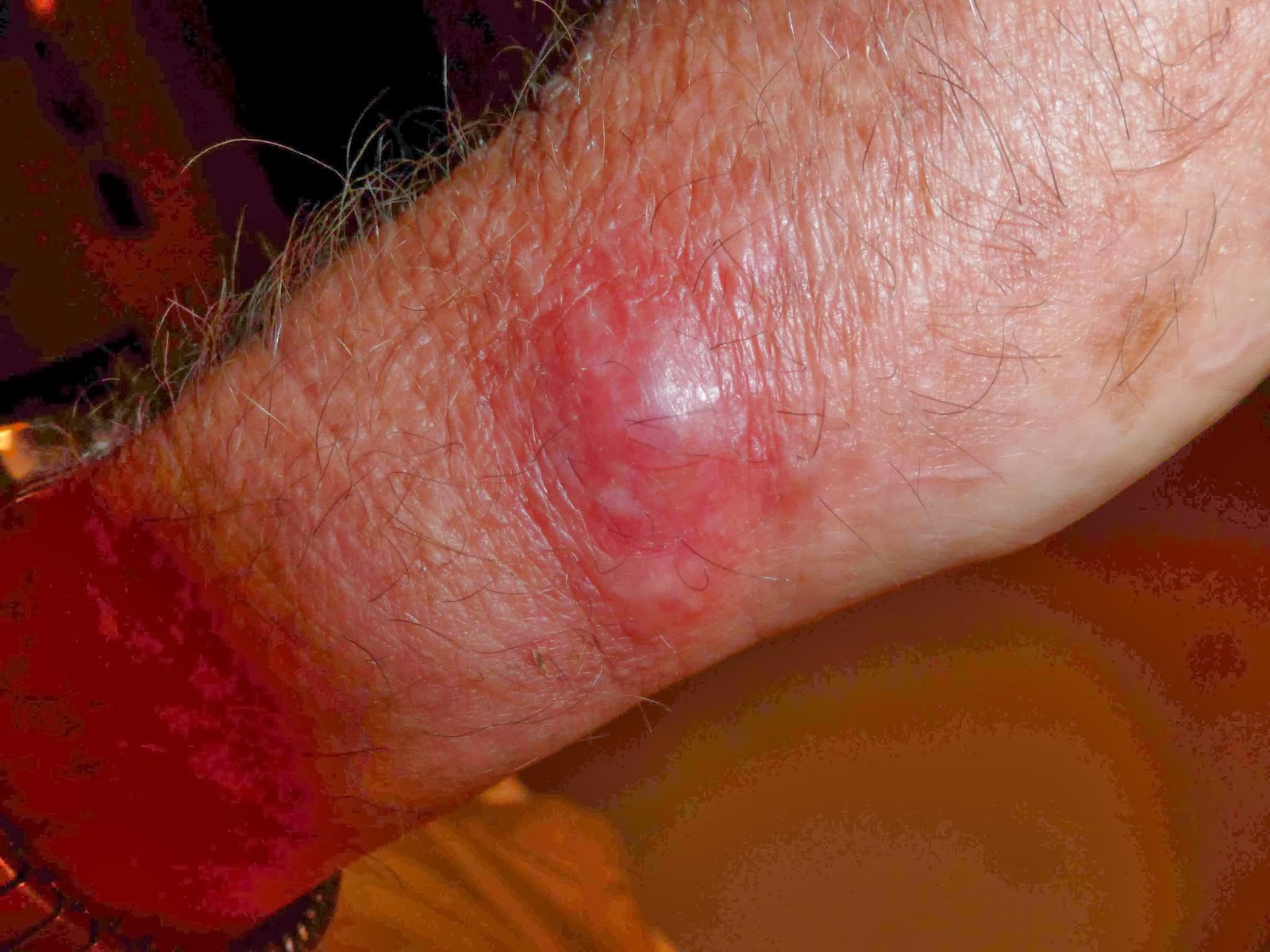 I appear to have been bitten by a Brown Recluse Spider. Just before dusk the day before yesterday I noticed an angry red circular patch about the size of a quarter on my left hand, near the base of my thumb and close to my wrist (you can just see the edge of my watch band at the bottom left corner of the above image). It didn't hurt until I touched it, when it felt rather raw. I did not feel anything bite me, and it's quite unlike (and much worse than) a wasp or bee sting (the wasps here have a particularly bad sting), or indeed any type of sting or bite I've had before. Yesterday morning it became painful even without touching it, and swollen, and got somewhat worse during the day. Today it's much the same but not worse.
Here's another image with a quarter for comparison:- 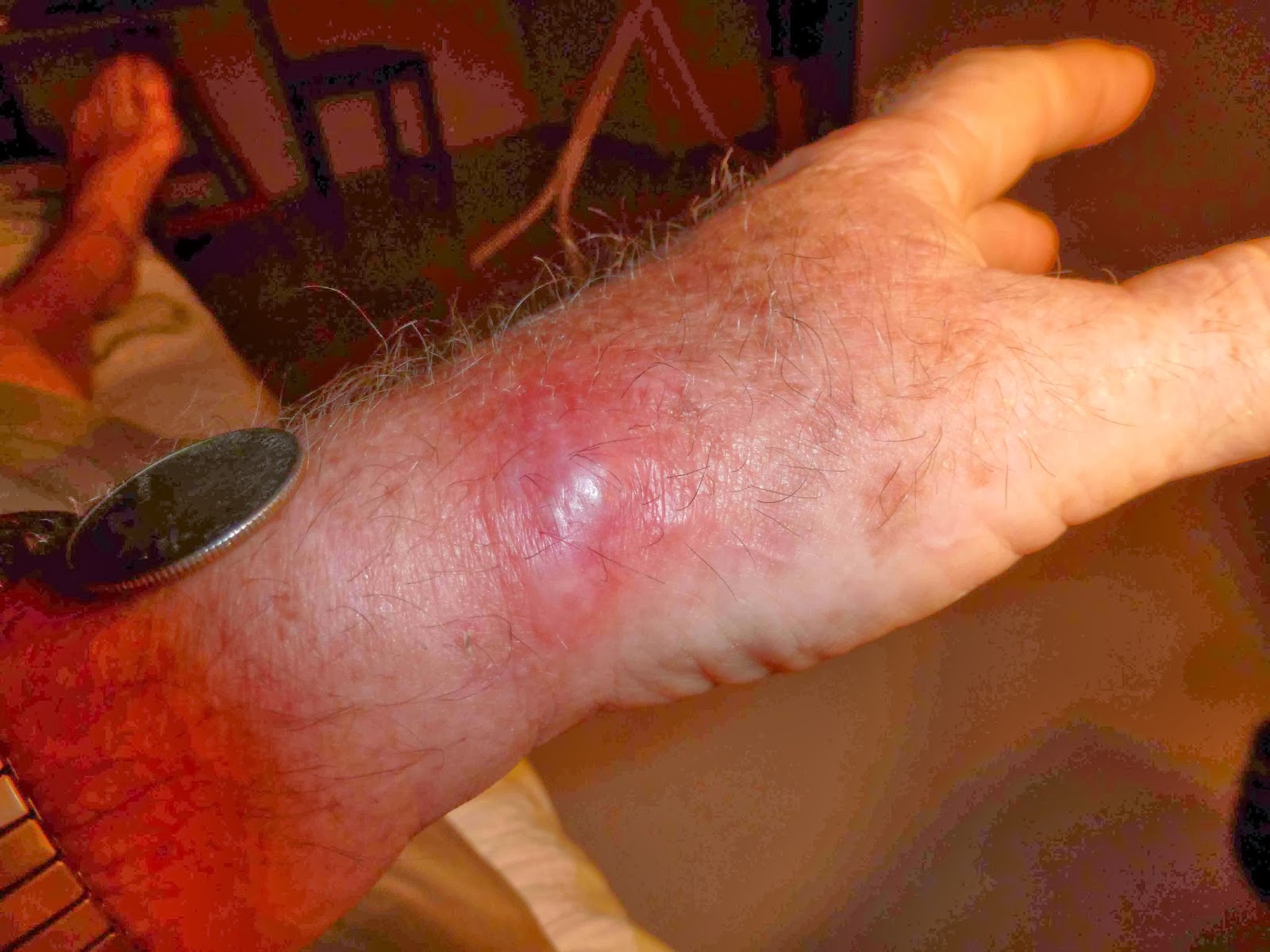 And here's a Wikipedia photo of a large Brown Recluse Spider. I suspect it was inside a work glove. Apparently they do not normally attack, but can do so when there is no retreat (e.g. from putting on a glove). It seems there's no real treatment, but the lesion can necrose (the tissue dies) and eventually leave a hole or scar. Let's hope mine is not a severe case. The Brown Recluse is found in the Bahamas and of course also in the southern US.
I will treat myself with ice-cream (applied internally) until it gets better.
Posted by Paul Adams at 8:00 PM