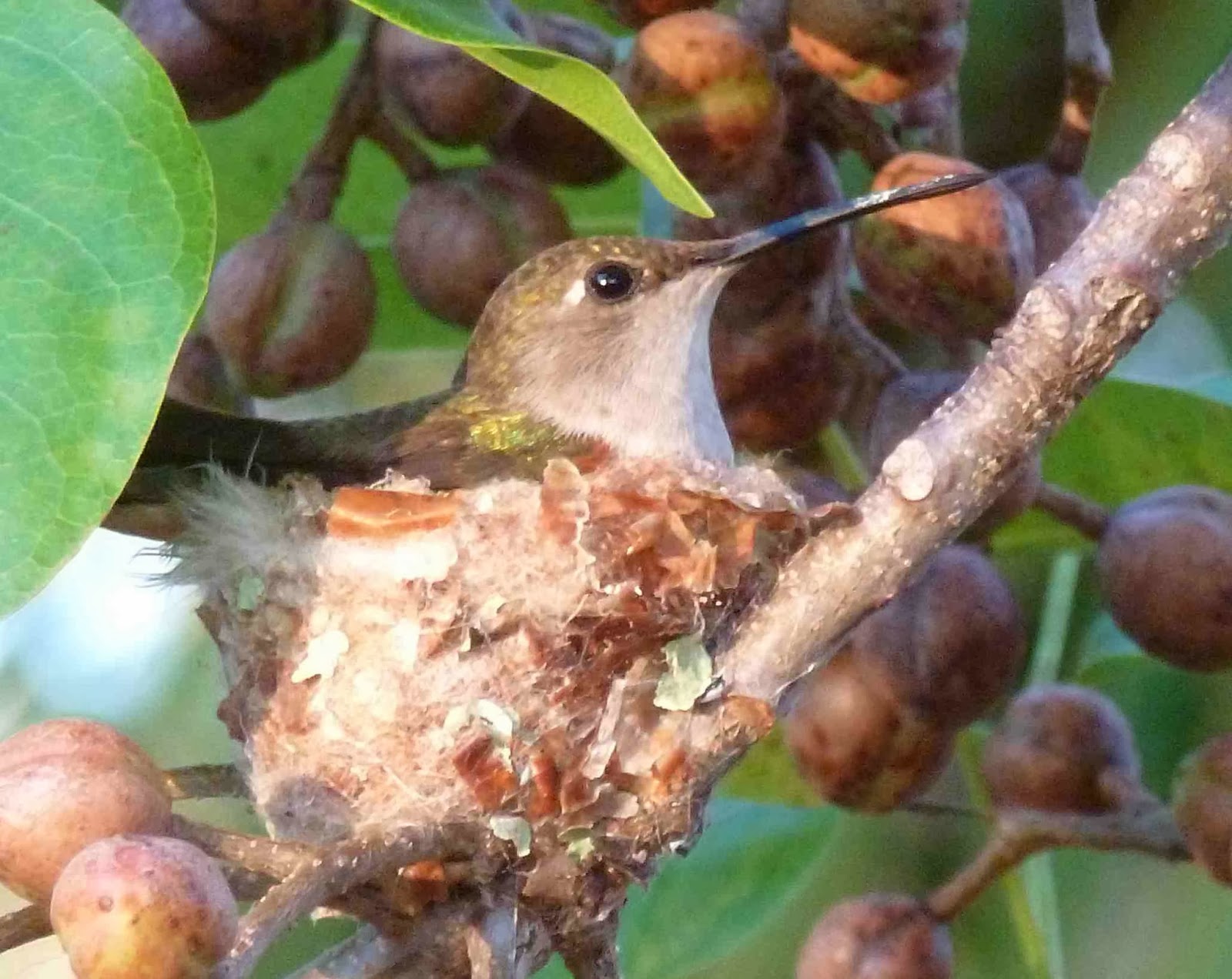 This morning, as I was weeding the lawn (a never ending task) I heard the buzz of a nearby Woodstar hummingbird, and then saw it perched and shortly after flying to what seemed to be a nest, in a low-hanging branch of a gumbo-limbo tree. I decided not to look too closely immediately, and retreat, intending to study the situation later at a more convenient time. Later in that morning I took the camera and went back to what I thought was the gumbo-limbo I had observed earlier, and sure enough I spotted an umistakable hummingbird nest, beautifully decorated with green lichen (just like back in Baiting Hollow): 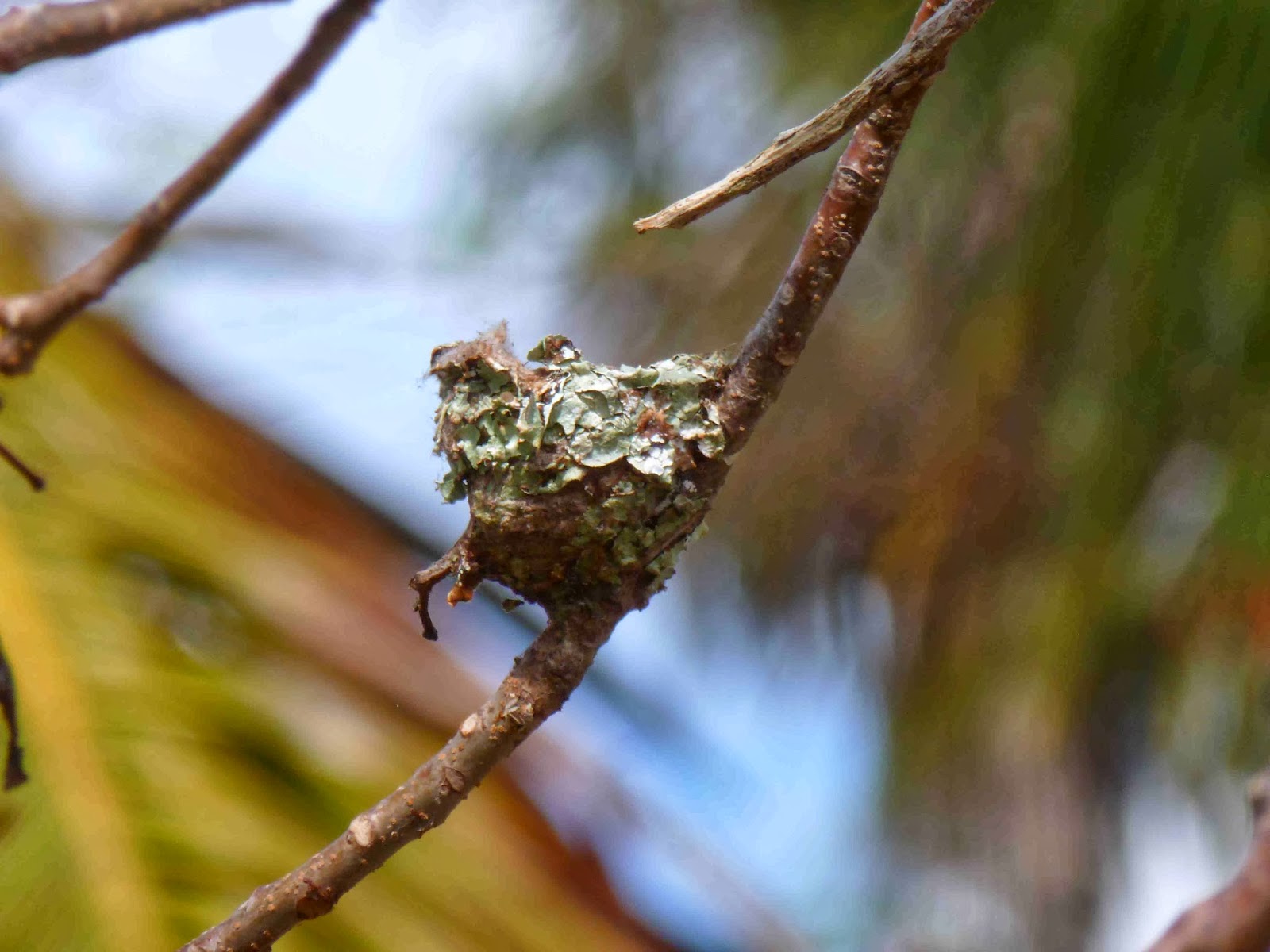 Since the mother seemed to be absent, I could get very close, and even looked inside: empty! I decided that perhaps she was still building it, and waited for about 10 minutes not very close, watching with binoculars. I saw a hummer up on another branch, but she did not approach the nest. After 10 more minutes I decided that it was possible I was mistaken in the tree (there are several gumbo-limbos in this part of the garden). So I looked carefully at the other trees. I quickly saw a second nest, but this one appeared to be even more unoccupied, and even slightly askew. And then in a third tree, actually closer to where I was earlier that morning, I spotted a third nest (the one shown in the first picture). This one was occupied! I decided to note carefully the location, and retreat. Then, after a swim in the ocean with some friends, I returned just as the sunlight was fading, with the camera. She was still patiently on the nest, and I was able to get the top picture in the last rays of the dusk. Now I know where she is I should be able to get many more pictures. She looked exactly like the one I had monitored years ago in Baiting Hollow. Note that this nest is decorated with only a few fragments of green lichen, and is more surrounded by leaves, and also lots of the ripe Gum Elemi berries. These are about the size of a pea, and beloved of many birds, especially the white-crowned pigeon. I hope they do not come to feed from the berries surrounding and hiding her nest!
Posted by Paul Adams at 6:13 PM