This is a follow-up to the videos I posted yesterday. After filming the first feeding session, I moved my chair even closer and filmed a second session. However, Gumbo seemed to be a bit nervous during the feeding, and suddenly decided to attack me! If you listen very carefully to the soundtrack at the end of the clip, just after she leaves the nest you will here a buzzing sound as she came very close. I took the hint and beat a retreat. She's spending a lot of time away from the nest, and she's also become quite aggressive and wary when we try to approach. This makes sense: she's already invested a lot of time and effort into raising her chicks, but they are still very vulnerable. The nest is at the very end of a low-hanging branch of a quite tall (maybe 30 feet) gumbo limbo tree (also known here as a gum elemi tree, and as "tourist tree" (because of the red peeling bark). The nest is about 5 feet above the ground. There are quite a few (all non-venomous) snakes around, but they would be unlikely to climb all the way up the trunk and down the limb to reach the babies.
Notice that as soon as she arrives at the nest, the chicks poke up their bills pleading for food, but she's quite cautious and waits to feed them. I'll try to compile and present some slo-mo sequences from this movie.
The gumbo-limbo tree has soft resinous wood that was traditionally used for carving the horses on old-fashioned fairground carrousels.

My Brown Recluse bite continues to heal nicely. Soon I will be able to swim again in the ocean in front of Calypso. Are Brown Recluses very dangerous or not? See here and here. Bottom line: the bite can be nasty, but almost never lethal.

Kevin, our gardener, is digging a large hole in the ground in which we will plant a Royal Palm seedling ( actually a nine-foot sapling) which was delivered (along with 3 others) on the mail-boat from Nassau (the capital of the Bahamas). Planting here is not a trivial exercise, because it involves hacking deep into the coral rock, using pick axes and digging bars. One of them is already installed in its own hole, which took 3 of us a week to dig! This is what it will look like in 15 years, if I'm lucky enough to see it: 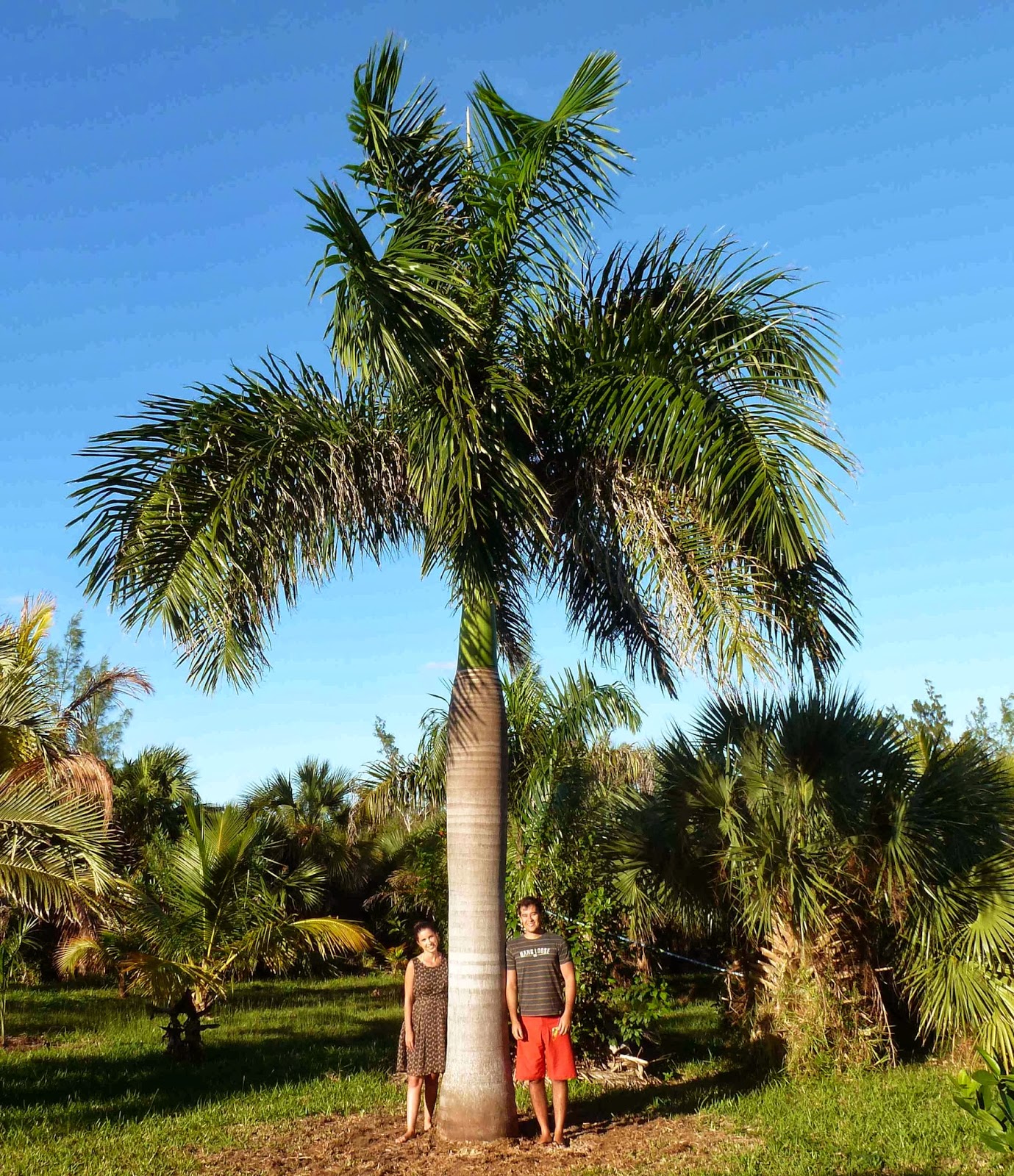 The 2 figures are Claire's niece and her boyfriend, who were visiting in january.
Posted by Paul Adams at 8:56 PM