Only one chick left in the nest, the other has successfully fledged 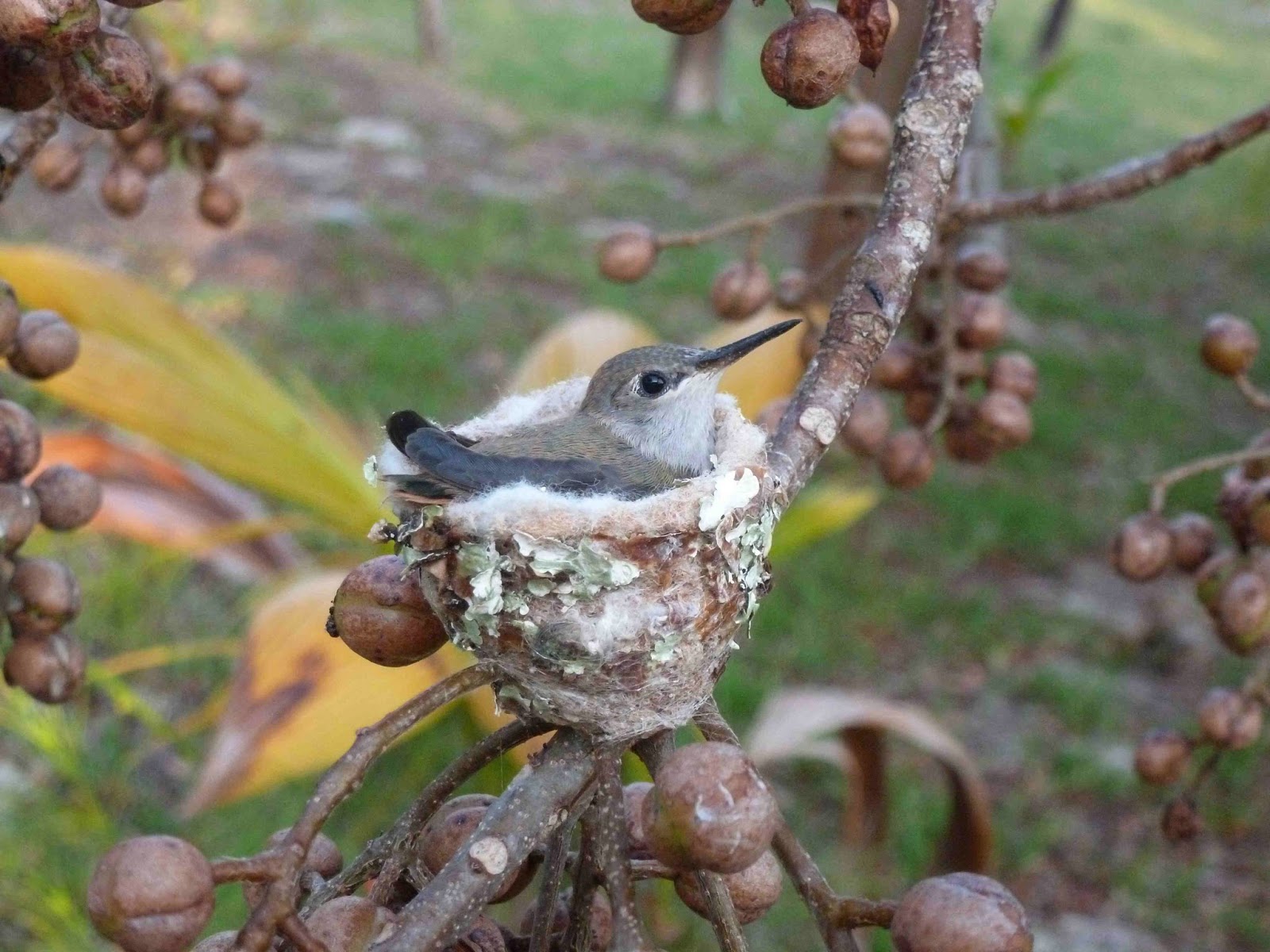 Today was busy, most significantly because it was Claire's birthday, and we went up to Hatchet Bay to the "Front Porch" for a celebratory lunch, with 3 friends. We sat on the "front porch" looking over the Hatchet Bay marina and ate stone crabs. Afterwards we walked down to admire a tall-masted schooner in the harbor, which was visiting from Nassau (it spends the summer up in Boston).
So I only got to check the nest at 6.30 this evening, and immediately saw that there was only1 baby left, who looks almost ready to fledge himself. So I sat near the nest hoping Gumbo would show up and feed the fledgling, wherever it was. I expected to see the fledgling on the ground, under the nest, but could not spot it. However after 10 minutes a hummingbird arrived in the tree, and moved around a bit. At first I assumed it was Gumbo, but slowly it dawned on me that this hummingbird was small and in particular has a bill only about half the size of Gumbo's. After seeming to try to feed at a couple of Gumbo Limbo berries, she settled down on a little twig of another Gumbo Limbo tree, about 15 feet further away. Then I heard Gumbo herself arrive, with a characteristic buzz. Sure enough after a couple more minutes, checking out the general situation, she flew up to the chick on the twig, and quickly fed her. Then, after another minute of careful checking (she was clearly aware that I was in my usual chair), she fed the remaining chick, in the nest. Finally, as usual, she lunged at me. I remained in my chair, and she went off to fetch more food. Ten minutes later, during which the fledgling did a little cautious flying, ending on another twig in the same tree, where she waited expectently, Gumbo reappeared and again fed first the fledling and then the baby in the nest. It was now after 7 and the light was fading, but I got some reasonable video of all this. Here's the first very short short clip of Gumbo feeding Claire. I'm calling the fledgling Claire, because she launched herself on Claire's birthday. Perhaps I should call the one still in the nest Paul? More to follow.